Background to the Project

During 1997 members of St John & St James Church investigated the possibility of repairing their church roof and building, which had become badly damaged over the years and the congregation were no longer able to use the building.

However, it was found that repair costs would be too great and another alternative would have to be found. Several ideas were considered and the church launched a fund raising appeal, ‘The Promise Appeal’.

The first idea considered was to convert the adjacent hall into a church building and architect plans were obtained and feasibility studies were carried out. It was discovered that the hall had major problems that would take a great amount of money to put right and it was considered better to seek an alternative way of building a new church in the area.

During that time the work of the Government’s Housing Market Renewal Programme has had considerable impact on the area. The Church congregation however, is a faithful part of the community and whilst the people may have changed the church’s desire to serve and meet the needs of the community remain. 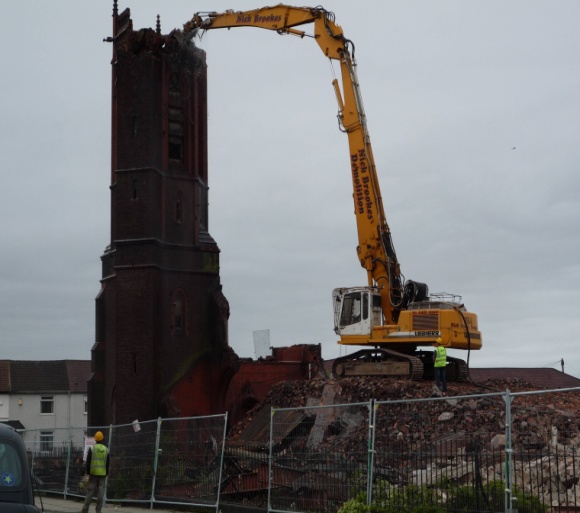 Demolition of the ‘Old’ St John and St James Church.

In 2010 the Old Church buildings on Monfa Road were demolished. This was part of an ambitious plan with Sefton Council and the Housing Market Renewal Programme to relocate the church and to provide a much needed community facility that was to serve the needs of the whole community.

The joint project was intended to refurbish the ‘People’s Garage’ on Linacre Lane, the Council were to fund land remediation work and a contribution to community use. Sadly this plan was never fully realised, due to the Government Funding cuts in the summer of 2010, and without the council’s contribution the scheme was unviable, beyond the financial reach of the church congregation and had to be aborted. 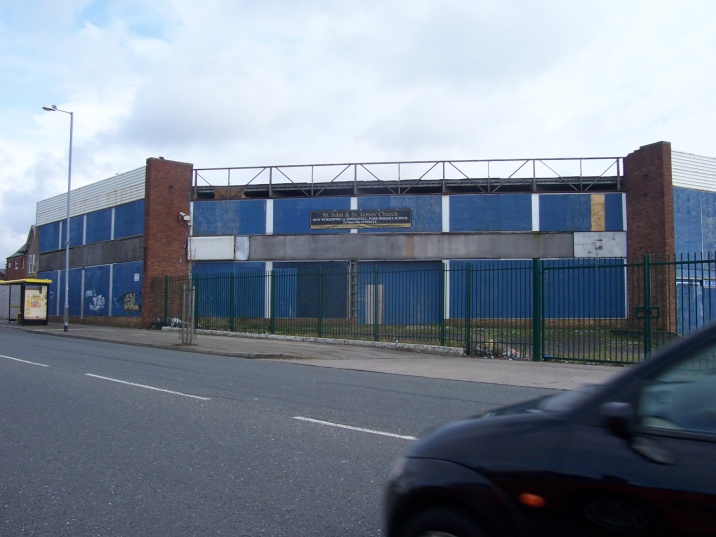 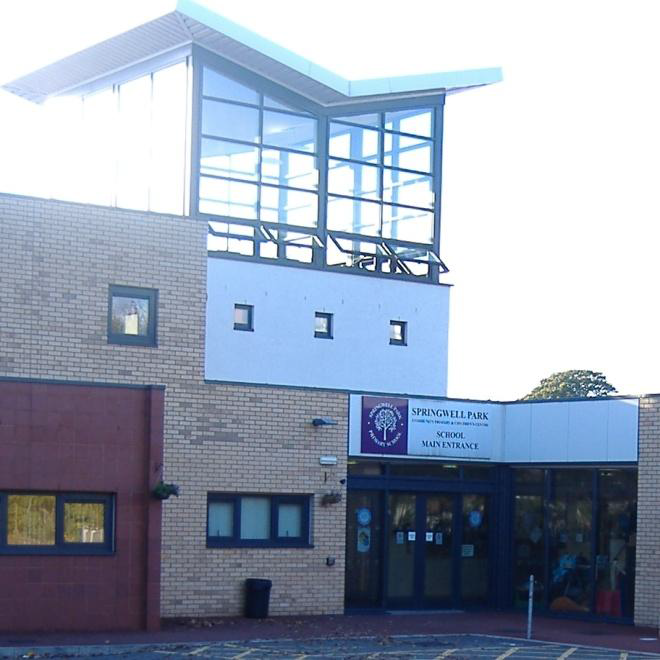 Members of St Stephen’s Church have had to make the really difficult decision to close and because we no longer have a building, the idea came to pass that maybe we could buy St Stephen’s Church, refurbish it and have this as our new home.

Well after nearly a year of negotiations we have now signed the contract of sale. We have also received planning permission for the alterations and hope to start work on the building during 2014 and for the building to be open in 2015.

Over the past few months members of our church have been busy. We took possession of St Stephen’s Church on 22nd January and had our first service there on the 26th. This was followed by an invitation to everyone in the neighbourhood to come inside, have a look at the architect’s plans and tell us how they thought the building could serve their needs.

People told us that the neighbourhood was friendly with a good community spirit but others said that they did feel isolated and it was hard to make new friends. Suggestions on how the building would be able to help the community appeared to identify a need for somewhere to meet, have a cup of coffee, chat and get advice and support. This view appeared to be across the age ranges as it included requests for a drama group for young people, a ‘Mums and Toddlers’ group and a ‘Memory Lane Sing-a-long’ (I am assuming that was for the young at heart?)

On the 5th February we then held an Open Forum and Consultation for organisations working in the local area, this included people from the local schools, council and various support agencies. As well as feeling that this was a great project for us, guests also felt we would be in an ideal position to identify people who had specific needs. They also felt that our centre would be a bridge between those with needs and the agencies which could provide the support. Several organisations said they were looking forward to forming a partnership with us.

These consultations have been continuing over recent months in order to gain an understanding of the needs of people living in the area; to identify organisations already working in the area and to discover the activities, help and support our centre will be able to offer.

It has been an interesting and challenging few months with a lot more challenges to come I am sure but the vision that God gave to members of St John & St James many years ago to build a “flexible fellowship centre that is the servant of the parish” still appears to be his desire for us today.

A New Centre for our Community

In January 2014 St John & St James Church purchased the former St Stephen’s URC buildings on Bailey Drive in Bootle. This is the beginning of an exciting community project in which the buildings are going to be transformed into a brand new community Hub and Church Centre.

Claire returned, briefly, from her study leave in order to sign the contract so that building work could begin on the 4th August.

Our architects are Bill Schafer and his daughter Sally, who produced a massive amount of drawings and instructions, that all needed to be initialled. 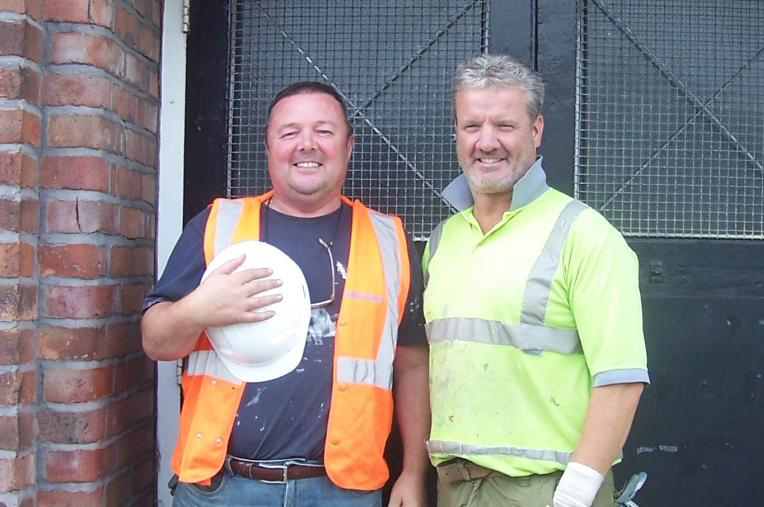 And here are our builders, Mike and Steve. Their company is Empire Development & Construction Limited, and they are a locally based company.

Over recent months the church has sent an invitation to everyone in the neighbourhood to come inside, have a look at the architect’s plans and tell us how they thought the building could serve their needs.

We have also held an Open Forum and Consultation for organisations working in the local area, this included people from the local schools, the Council and various support agencies.

We have taken questionnaires out to groups of people, including shoppers in ASDA, parents in Springwell Park Children’s Centre and also at the Boofest held in the North Park in August.

It has been an interesting and challenging couple of months with a lot more challenges to come. Not least of course in raising the extra money needed to complete the project. In all the project will cost £568,242 but over the 17 years since the building appeal was launched, the church has raised a total of £477,036. However, this leaves a shortfall of £91,206 to find.

The date has been set for the 21st June, and the Bishop of Liverpool, The Right Rev Paul Bayes, will be conducting a service of celebration and dedication. We have been grateful to the people who have given us grants to complete most of the work at the centre:

We would also like to thank the many people who have been involved in fund raising; giving financial support; skills and services, including Different Design Company (Kate, Steve & Betty) and Suzanne Fletcher Garden Design.

And finally all of you in our community and church who have donated money and given encouragement over the years – Thank You!

‘A flexible fellowship centre that is the servant of the parish’